Trace Systems, Inc. is proud to be a Microchip Premiere Third Party Partner.

Looking For Experise? We Even TEACH It!

Looking for expertise for your design project? We don't just attend training conferences, we teach at them! We have attended and exhibited at the Microchip Masters conference over the past ten years, and have taught popular, highly rated classes at three of those ten.

We are experts at device development with PIC microcontrollers of all sizes, and are very familiar with many popular PIC compilers. We can be particularly helpful with designs that need USB or ethernet connectivity, to interface with a Windows PC.

Why not give us a call and tell us what you're trying to build?

Here's a real example of how we helped a client that had been having serious problems: 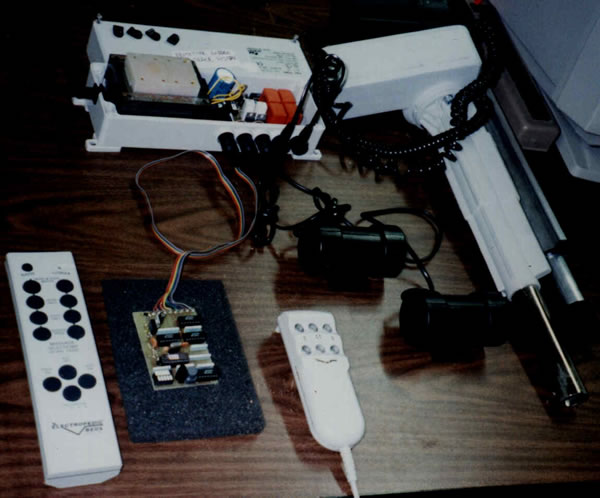 This company had contracted with a development group to develop the PC board for the microprocessor motor controller, and then had 5000 of these boards manufactured. At that time, these boards cost something like $50 apiece, so the company had about $250,000 invested in these boards.

When they started using those boards in production, 50% of them failed factory tests. Of the 50% that were shipped, half of those failed in the field, and had to be returned to the factory. That meant that 75% of the 5000 boards x $50 per board = $187,500 of the company's investment was in jeopardy. That's a serious problem by anybody's reckoning.

The worst part was that nobody could figure out what was causing the problem.

When the failure occurred, the symptom was that the microcontroller (not a Microchip PIC, but another brand of micro) would pick up some electrical noise that would put that micro into a factory test mode that would emit streams of data from many of the pins of the processor. As a result, their motor control system would literally go crazy. Not a good situation.

Finally they called Trace Systems Inc., and we had a consultation in their office. They agreed to authorize us to work a limited number of hours to try to find the problem. 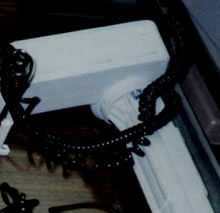 That big motor acts like an inductor. As every electrical engineer learns in his beginning circuits class, inductors really, really like to keep conducting the same amount of current all the time. Even after the power is switched off...

Sometimes when the micro would turn off the big motor, a big voltage spike would occur on the micro's ground pin, and cause the micro to go crazy.

What we did first was to find a simple, 10-cent fix to salvage those 5,000 existing PC boards.

The next thing we did was to design a new set of PC boards, using Microchip PIC processors with their high noise immunity, and of course we used sensible grounding and isolation techniques to make sure this problem never recurred.

At the client's request, we also designed a system that could optionally use a second PC board of our design, which was an infrared wireless receiver. This would allow the night nurse at a hospital to stand in the doorway of a hospital ward late at night, after the patients had all fallen asleep, and push one button on her remote to gently lower all the beds to a flat position for the patients' comfort overnight. 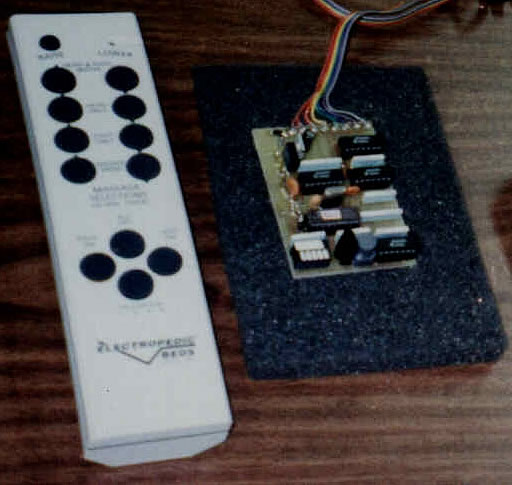 The result: our client was happy, and the patients in the hospital were happy and safe. So we were happy, too!

The client used our design in future systems going forward, and we were proud to be able to help.

We have the expertise and experience to help bring your requirements to a reality, and sometimes get you out of trouble. Why not give us a call and tell us what you need?