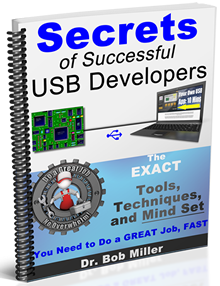 Download our free guide to learn the tools, techniques, and strategies you need to succeed!

Having multiple Configurations and Interfaces is flexible, but these things have to be correctly described in code or there will be big debugging headaches. This is another important detail that HIDmaker handles for you.

HIDmaker FS can create several types of USB Human Interface Device . Most devices will be of the “Normal” type, needing only a single USB Configuration and a single USB Interface . As the screen shot shows, you can select several other options, having more Interfaces and/or Configurations.