How Fred Got A Job With USB Skills from HIDmaker

This is a true story about one of our HIDmaker Heroes. 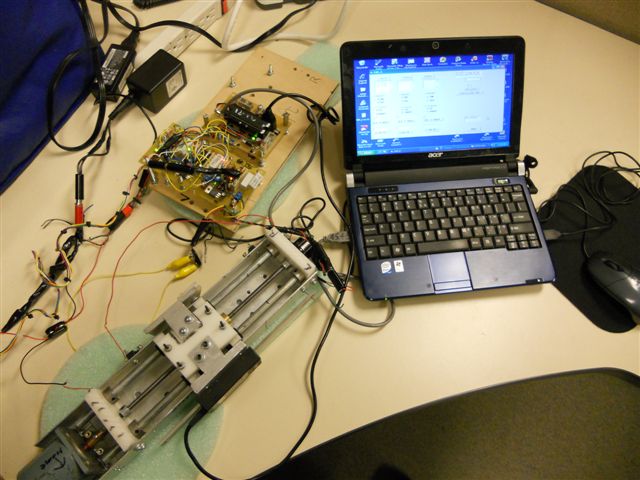 One of our HIDmaker FS customers, Fred, is a man who has a very interesting story to tell - a story that teaches important lessons about job interview strategy to us all, especially now in these troubled economic times.  The key lesson is that when you are looking for a job or a client, you need to tell them about ALL your applicable skills, even those that you might not think would qualify.  It doesn't matter WHERE you learn your job skills.  Please don't think you can only talk about things you learned in school or in a previous job. Skills you learned from hobbies count, too!

Nowadays, many metal parts are machined by computer controlled milling machines, computer controlled lathes, and other such machines.  These machines work by moving a cutting tool around a piece of metal, in very precise movements that are controlled by a computer. Doing so can create a metal part of exactly the right shape, with dimensions that are within tight tolerances.  This process is commonly referred to as CNC: Computerized Numerical Control.

You may not be aware of it, but there is another, equally important part to the process: verifying that the finished parts have made correctly, with dimensions that are within the tolerances that the designer specified.  Any dimensions that are slightly too big or too small will not fit together with other parts.

This verifying process is often done with a Computerized Measuring Machine (CMM).  Just as the CNC machine has to be carefully programmed to precisely cut the part out of a piece of metal, a Computerized Measuring Machine also has to be programmed to move a sensor around the part, to measure all the dimensions of the various holes, protrusions, and all other features of the finished mechanical part.

Fred had retired a few years ago, after years of work as a Quality Control Programmer for the machining industry.  He was one of those skilled people who could program a CMM to be able to measure all the features of a mechanical part.

Once Fred retired, he finally had time to pursue his avid, long time hobby: computer controlled machining.  As far back as the mid-1980's, Fred had built a CNCmilling machine of his own, controlled by an 8085, with an RS-232 serial port to communicate with a PC.  But since serial ports are hard to find these days, Fred decided to learn USB Programming and modernize his milling machine once he retired.

Fred bought HIDmaker FS to help, and he contacted me for advice.  I was glad to help him.

After a few months (by early 2010), Fred had gotten the first phase of this project working: a 1-axis position measuring tool that reports its results to the PC over USB.  This used PIC and PC code that was first generated by HIDmaker, and then customized by Fred.

Once Fred got that single axis position measurement working, he then set out to use what he had learned to build a new version of his 3-axis milling machine.  He got all 3 axes working, but then made 2 more versions of his milling machine, mainly to improve the mechanical stability and accuracy.

Fred was having a lot of fun, but building all those milling machines was costing money, so in the summer of 2010 he decided to look for work to help pay for all this hardware.

Fred applied online to the Illinois Department of Employment Security, which referred him to companies that might be looking for someone with Fred's background.  Fred submitted applications to these companies online, and got about 10 interviews (which I think you'll agree is pretty good in the present economy).

Fred tried a new interview strategy. What Fred would do was to bring his laptop computer to his interview, and leave his small homemade milling machine out in his car.  He would listen to what the interviewer at the company said they needed, and he would then:

Our HIDmaker Heroes know that showing a live demo of something relevant to the customer, that YOU have created, is a very powerful marketing or interviewing technique.  Unlike those other guys who just show up with a resume, this interview strategy of showing a demo gives you some powerful benefits:

How It Worked Out

There's not much to tell, really - mainly because Fred got hired in a hurry.  It took about 3-4 weeks, which is a LOT quicker than all the horror stories you hear about these days.

Not every one of those companies that interviewed Fred gave him a job offer.  Fred says that some of those companies were less perceptive than others, only looking for a specific set of qualifications and nothing more.  (That's too bad for them.)  The company that DID hire Fred made him an offer on the spot, about 5 minutes after he showed them that live demo.

Fred is now using his USB Programming skills every day at his new job, and he tells me that he couldn't even do what they are asking him to do without HIDmaker.  He is now doing cutting edge work in his industry, and we are delighted to tell you the story of a true HIDmaker Hero.

Oh, and one more thing.  Those other companies that Fred applied to?  It seems that they keep calling Fred all the time, offering him interviews.  Sorry folks, you've got to move quicker than that, to hire a real HIDmaker Hero like Fred!